If you are a knowledge worker. Taking notes is crucial.

In fact, almost every big thinker in history from Leonardo da Vinci to Benjamin Franklin did it.

In this essay, I will tell you about the Zettelkasten system, which is a note-taking system that will take your career as a knowledge worker to a new level.

The aim of the Zettelkasten is to create a network of interconnected notes. A Zettelkasten helps you when writing blog posts, books or scientific papers because it not only saves your research results but also links them together. In this way, you connect them organically with one another, you are creating a web of thoughts and so it is also easier for you to come up with new ideas.

Niklas Luhmann – The inventor of the Zettelkasten

The inventor of the Zettelkasten is the German sociologist Niklas Luhmann. He is regarded as the most important German-speaking representative of sociological system theory and sociocybernetics and as one of the most productive scientists of his time.

When asked about the secret of his productivity, Luhmann replied:

“I have this box and it does the work of writing books for me”.

By the time he died in 1998, he had written 70 books and almost 400 specialist articles. As an inheritance, Luhmann also left his box with around 90,000 slips of paper with notes written on them.”

In it, Luhmann captured everything he read and, above all, what he thought about it. He often emphasized that it takes him far more time than writing the book itself.” (Source)

What is so special about Niklas Luhmann’s Zettelkasten?

Luhmann was not the first to take notes on his research and interests over the course of his life. For example, Leonardo da Vinci’s notebooks are still popular reading today, and US President Ronald Reagan was also known for using an extensive index card system in which he saved quotes, facts, jokes, and stories.

But unlike Leonardo or Reagan, Luhmann did not arrange his notes hierarchically or thematically but organized them as a network (similar to how the World Wide Web is organized).

Each note stands as an independent idea that is thematically linked to another note.

This created a complex system as his box grew, allowing Luhmann to draw attention to connections between the notes that he might otherwise never have noticed, simply by following the notes and their links:

For example, Luhmann linked Note A to Note B, which were thematically similar. However, note B was linked to Note C, which actually came from a completely different subject area. Through the linking path, Luhmann was also able to see the connection between notes A and C.

In this way, links between notes increase understanding of the linked topics themselves. Essentially, this web of links mimics the structure of the brain:

Because knowledge builds on one another in the brain. The more connections we can create in our heads, the easier it is for us to remember things because we can better and better place them in context.

The Zettelkasten works according to the same principle: the more notes we have saved there, the more connection points there are for new notes, and the more amazing the connections that result.

You tend to link relevant ideas to other ideas in the Zettelkasten more often so that stronger clusters are formed for this area, while ideas for which you can find little or no related notes remain isolated.

Similarly, our brain quickly forgets facts that are not embedded in any context: Because things don’t just disappear from your memory (any more than isolated facts don’t disappear from the Zettelkasten), you just lack a shortcut to access them.

Like all networks, the benefits of a Zettelkasten are growing exponentially:

In the first few weeks, the Zettelkasten doesn’t seem to offer any real added value: there are no link sequences and the notes don’t fit together thematically. But once a certain threshold has been reached, the linking possibilities in your Zettelkasten network explode, so that the Zettelkasten takes on a life of its own and becomes a source of never-ending ideas and approaches.

The benefit of a Zettelkasten thus increases in proportion to the number of possible connections: the larger the network of notes, the greater the benefit of this network.

Why do you also need a Zettelkasten?

Sure, not everyone needs a Zettelkasten. In particular, it is a tool for those who are knowledge workers.

The main target group of the Zettelkasten are authors of scientific papers, but you would also benefit from a Zettelkasten if you work as a blogger on the Internet, create videos on YouTube, or write song lyrics.

The Zettelkasten serves as your second brain, a kind of digital extension of your brain.

He also links the activity of learning and researching with the activity of writing. Because you are constantly linking new ideas with old ideas, you are more likely to find connections between the most diverse subject areas, which makes you much more creative.

Your only task would be to put the notes and content into a legible form.

The problem with note-taking

If you don’t take notes, you’ll forget most of them.

Suppose you read a book a year ago: What percentage of the content could you still remember today? It will probably not be more than a fragment.

So, notes help us to save important information for the future. They are a service we do to support our future selves.

The biggest challenge, however, isn’t making notes today, but being able to access them again in the future.

Because without structure and organization, most notes will be lost again over time. Most people write things down, very few look back at those notes later.

Do you remember where you keep your notes from school? Many of these may no longer be relevant, but some can still give you interesting insights if you link them to new knowledge. In practice, however, old notes are usually no longer looked at.

This brings us to the next problem: taken out of context, many of these old notes don’t make sense anymore either. And even if you did understand their meaning, you would have trouble relating them to new knowledge because they are isolated on a piece of paper.

Say you read a book on economics two years ago, one on sports a year ago, and right now you’re reading a book on productivity.

There may be principles in all three subject areas that can be linked.

However, unless you connect your notes together, you probably wouldn’t notice these similarities.

The Zettelkasten solves all these problems: it is therefore a real game-changer for people who are interested in taking their knowledge building to a new level.

In the next post, I will show you how to put the Zettelkasten principles into practice.

PS: If you wish to try the Zettelkasten method with the Notion app, check out my Template. It is the most straightforward and user-friendly Zettelkasten solution for Notion. By clicking on the link, you can get it 50% off:

Hi, I am Philipp. 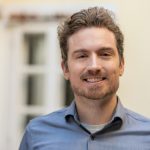 I am building Notion templates for knowledgepreneurs

Sign up and get my exclusive template bundle for Notion. Including:

Learn how to build your personal online monopoly

Starting a side-hustle online today is easier than ever.

Especially with the 46 digital product ideas, I share exclusively with my subscribers.

Copyright © 2022 Philipp Stelzel | Made with